Was pleased to be asked to become a member of the Zimbabwe Life Project committee – a project of 26 healthcare professionals (mainly from the NHS) providing mental health education and support in Zimbabwe. Led by Lucia Vambe, the project members are predominantly based in Essex, UK and have recently completed one mission. This is a great initiative.

Was delighted as ever to catch up with old boss, friend and mentor, Professor Harold Ellis CBE for lunch at the Royal Society of Medicine. As ever a great source of advice and stories. The updated 2nd edition of his book Operations That Made History has just been published and is a must-read for all surgeons and those interested in the history of medicine.

Have now been updated for my annual Immediate Life Support training by Jon Sions of RAMC Ltd. Makes you realise how essential regular update training is essential for all such skills. Always enjoyable in smaller groups, on this occasion with old friends and colleagues – namely the next President of the FFLM – Margaret Stark and Patrick Pearson at the iconic Imber Court. 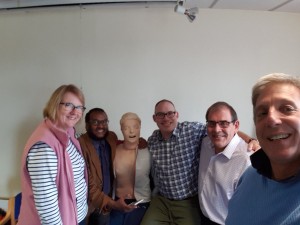 Spent a couple of days at the Independent Office for Police Conduct HQ in Canary Wharf reviewing CCTV related to a death in custody. Attended court in San Sebastian, Spain for an alleged assault in a case of domestic violence. Sad to note (again) that the quality of court and the investment in the criminal justice system in Spain puts the current situation in England & Wales to shame, not least the physical state of the courts. 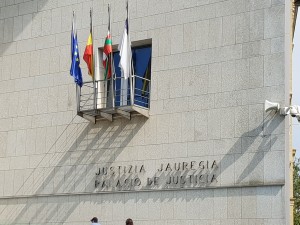 Attended a Royal College of Pathologists meeting for the Implementation of the Medical Examiner System, at the Royal College of Physicians. The need for independent medical examiners has been raised in numerous inquiries (Shipman, Mid-Staffordshire,  Morecambe Bay).  At last some progress has been made, many years after first mooted, but as an incomplete, not fully-funded system, which will commence (predominantly in secondary care) in April 2019 as a non-statutory system.  It is planned that it will become a statutory system some time in the future and be extended fully into primary care (don’t watch this space).  It is much needed and is intended to assist the bereaved, improve the quality of Medical Certificates of Cause of Death and improve patient safety and so we should be grateful for some progress. 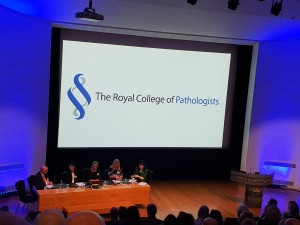 An interesting multiprofessional meeting at the Centre of Governance and Human Rights in Cambridge convened by the Geneva Academy & University of Pretoria to look at questions of the manufacture, trade, testing procurement and use of less-lethal weapons and related equipment in law enforcement. The Guidelines when published will be an important document.

Some light entertainment with (I have to say) the excellent Michael Buble at the O2. 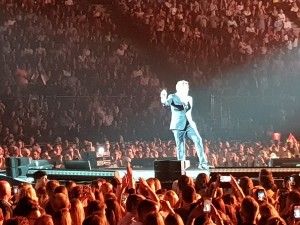 Meeting of the National Taser Stakeholder Advisory Group which is developing into substantial body which may have substantial influence in the future.  Meeting at the King’s Fund on London’s Sustainability and Transformation Partnerships with launch of a Report raising some concerns about progress. I was there with current FFLM President, Professor Carol Seymour. 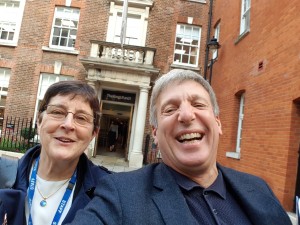 Meeting at the Royal College of Physicians  of the Specialty Advisory Committee on Forensic & Legal Medicine of the JRCPTB. Steady progress being made in the move towards specialty recognition, but as with all things hampered by uncertainty and delay in NHS strategy and Brexit. 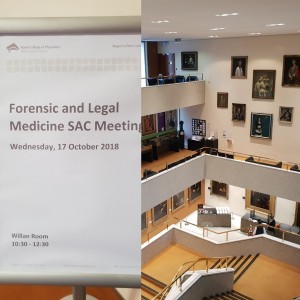 Whist writing this the NHS Long Term Plan has just been published!  On a  more international basis attended the Palace of Westminster for the 3rd Briefing on Forced Organ Harvesting in China. An independent people’s tribunal chaired by Sir Geoffrey Nice QC has been established to enquire into matters including forced organ harvesting of prisoners of conscience in China. 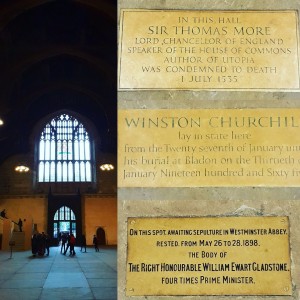 Very pleased to lecture to the University of West of England forensic students at the invitation of Kevin Honeychurch.  Really nice group with some very good and testing questions. 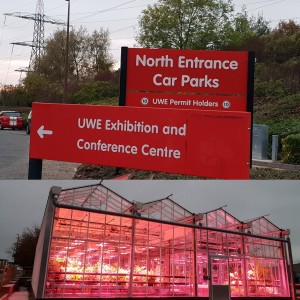 University of the West of England 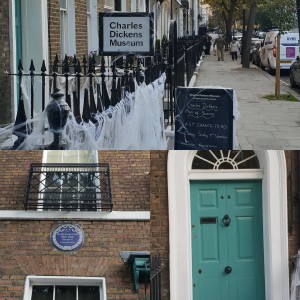 Really good to catch up with CEO of In Hand Guides – Trevor Winckworth at St Thomas’ Hospital. Definitely a role for these devices in the health sector. 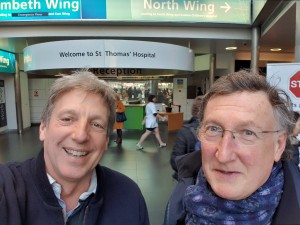 Chaired the New Models of Care for Forensic & Legal Medicine Working Group meeting at FFLM HQ in 1 Alie Street. In a few short weeks the Working Group put together a credible plan which will enhance the status and fully utilise the enormous range of clinical, forensic and medicolegal skills that FFLM members bring to healthcare.  The New Model of Care will now be reviewed by the Academy of Medical Royal Colleges and the NHS.  Fantastic to see our new neighbours the Royal College of Pathologists in their new HQ at Number 6.  Looks very impressive and hopefully will enable links to be enhanced even more. 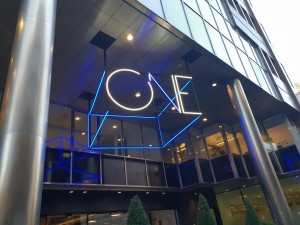 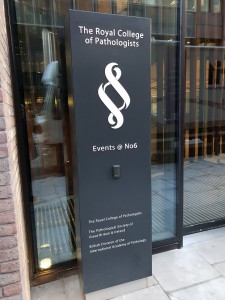 I was very honoured to have been appointed as Honorary Clinical Professor at the William Harvey Research Institute, Queen Mary University of London, particularly because of the longstanding links with Barts & The London.  Went to another Medical Examiner training day at the Norfolk & Norwich University Hospital and shortly afterwards completed the core learning on e-learning for Healthcare.

As one door closes another slams shut (only joking).  After too long (> two decades) as Editor-in-Chief of (what was The Police Surgeon, then the Journal of Clinical Forensic Medicine) the Journal of Forensic & Legal Medicine, I have relinquished the reins to Professor Tim Thompson, Professor of Applied Biological Anthropology and Associate Dean (Learning & Teaching) at Teesside University. Tim brings a wealth of experience and new ideas to take the Journal through its next stage, and will be ably supported by Margaret Stark and Charlie Brooker as Associate Editors. I will remain as Consultant Editor-in-Chief for a while. Tim is seen below giving evidence to the House of Lords Science & Technology Committee in the Autumn, as part of their review of Forensic Science. 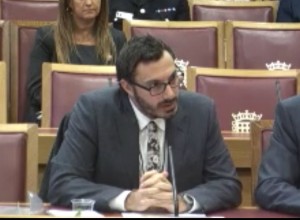 The last few months of 2018 have highlighted the current disaster of the England & Wales criminal justice system, with government progressive attacks on police, defence lawyers, legal aid, the Crown Prosecution Service, and the physical courts themselves.  Nobody working within the criminal justice system can be under any illusion that this is not a deliberate and sustained attack by the Government (with absence of challenge from the opposition parties) on the vulnerable. Having spent time in  many the criminal justice systems of many other countries, where even in desperate circumstances the justice system remains respected, one can only hope that those politicians responsible for the current state of affairs get their just desserts.

Delighted to see Hamilton again (this time in London). This is phenomenal. If you haven’t seen it, you must. 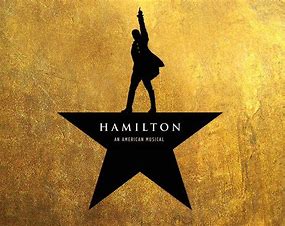 Spent some time in Cardiff finalising Simpson’s Forensic Medicine (14th edition) with Richard Jones, and publisher Miranda Bromage. Almost there and aiming for Q3 2019 for publication. Get your pre-orders in.  Here’s the team in Cardiff. 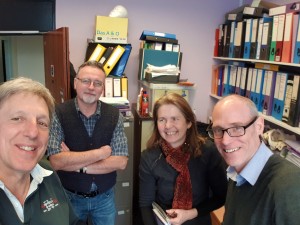 On a personal note, welcomed a new member of the family – Crumpet the yellow Labrador, as a companion to Marmite, the black Labrador. Crumpet pictured here trying to encourage Marmite to play with her toy lion Simba. 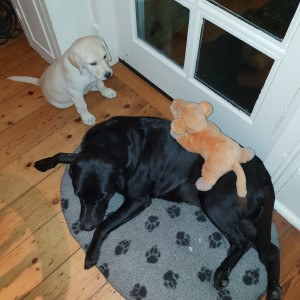 2019 already quite busy with a delivery trip (of youngest daughter for 6 months) to Malawi – staying on the shores of beautiful Lake Malawi and then having a fantastic panoramic view of the Lake & Mangochi at New Year. Hosted by the wonderful Scordis family. 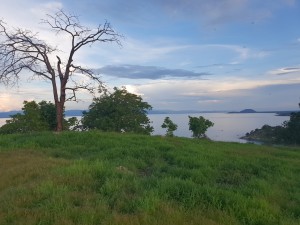 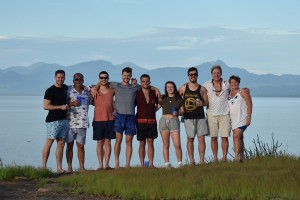 That’s about it for now. Currently in Hong Kong, experiencing a criminal justice system that appears to work and respects those involved in it and working in it.

Happy New Year to all.