A few bits and pieces from the last few weeks in addition to usual general workload.

A very crowded last couple of weeks of December 2017 with multiple cases (eg attempt murder, sexual assault, s18 and s20) delayed or stood out, as is frequently happening in the degraded criminal justice system.  One of these involved the current topic of late disclosure.  Had the evidence disclosed late been provided the case would almost certainly not have got to court.  Great to see Alfie Boe and Michael Ball in concert at the O2. Enjoyable FHC Christmas Dinner with the entire team. 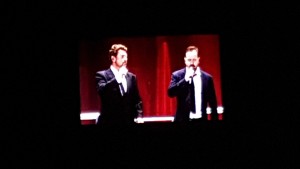 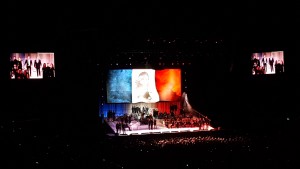 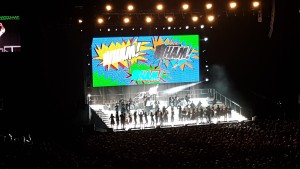 The last few weeks have involved preparation and planning for the Chartered Society of Forensic Sciences Small Business Division’s inaugural meeting in June and the stream within the main November conference.

Have undergone training for the new EVISE platform for the Journal of Forensic & Legal Medicine.  Further discussions regarding potential TV documentaries. Discussion with family members about possible miscarriage of justice in India. 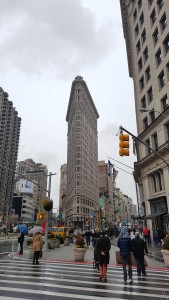 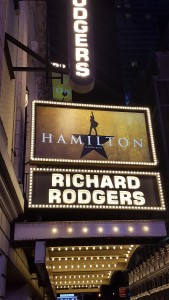 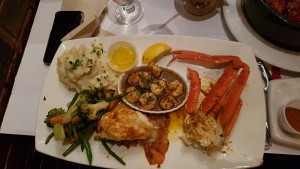 There has been further slow progress in the inquest of Alexander Monson who died in police custody in Diani and it is hoped that the inquest may conclude in Mombasa in the next few months.

The documentary ‘Britain’s Unknown Serial Killer: Trevor Hardy’ which I presented was broadcast for the first time on C+I channel.  For me it was fascinating to review the archive of documents provided and visit the scenes which in many cases are unchanged today. 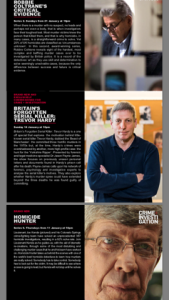 Attendance at prison death in custody inquest with HM Coroner for Suffolk.  Attendance as new Board Member of the Faculty of Forensic & Legal Medicine at the Royal College of Physicians.   Attendance at the National Apprentice Awards with the MD of FHC Experts for Law which is in the Top 100 Apprenticeship employers for the third year running.

Completion and submission and publication of  ‘So You Want a Career in Legal Medicine’ in the British Journal of Hospital Medicine.  Teaching MSc students at QMUL on ‘The Role of the Forensic Physician’, ‘Less Lethal Restraint in the UK’, ‘Injury assessment and documentation’, and teaching on the DFMS on ‘Examination of Detainees in Police Custody’.  The Specialty Advisory Committee on Forensic & Legal Medicine of the JRCPTB has now submitted the first stage specialty application.  Met at new FFLM offices with NHSE criminal justice team to discuss future strategies.  Attended funeral of long-term friend and colleague from the Met Police who died unexpectedly.  Conference to discuss proposed new study of effects of irritant sprays.

Snow has created some unusual sights in central London. And two FMEs having coffee. 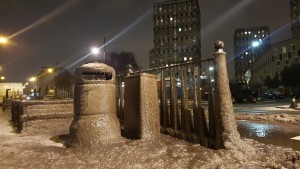 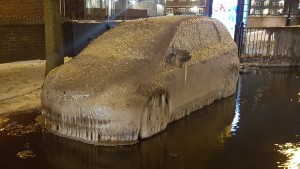 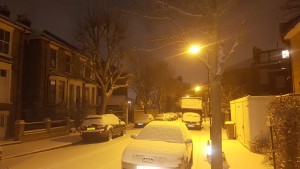 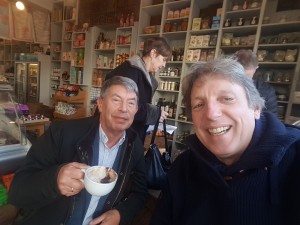 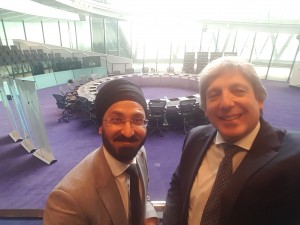 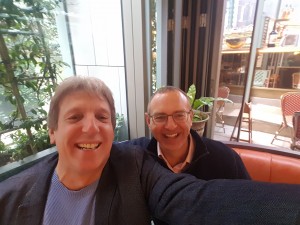 Good FME Audit Group Meeting discussed a range of clinical safety issues and the need to audit workload.  Shortly to travel out to the British Virgin Islands to support the Islands by racing in the new Full Moon Race.