Since November have had a wide range of interesting things to do and be involved in over and above routine clinical and expert work.

Meeting with a tourist board of a major UK city to consider the possibility of the FFLM hosting an international legal medicine in 2021. An exciting proposal but much preparation and research before committing.  Pleased to support friend and colleague Professor Carol Henderson with her London-based course for American law students from Stetson University. Carol is the founding director of the  National Clearinghouse for Science, Technology and the Law (NCSTL) at Stetson University College of Law. NCSTL provides the only comprehensive searchable database of science, technology, and law in the world.

Met with Johnny Mercer MP to discuss matters of common interest, including vulnerabilities of veterans, for whom he is an outspoken and effective campaigner.  Had first meeting as member of Council at the Academy of Medical Royal Colleges,  representing the FFLM.  The Academy is an important voice for all medical specialties and has provided already further access to people or bodies of relevance to the FFLM, including Sir Mike Richards of the CQC and Professor Alexis Jay the (fourth) Chair of the Independent Inquiry into  Child Sexual Abuse.

Have been involved in developing some broadcast treatments with Miki Mistrati. Gave evidence at a death in custody inquest which sadly identified a catalogue of deficiencies. Did  some episodes of Autopsy.  Was unable to attend (although wrote the Foreword for) the new report from Freedom from Torture which identifies failures in Home Office policy. Meeting with father of man who died from gunshot wounds overseas who is questioning the conclusions of the investigative process.

Three attempted murder and one murder trial – for Crown and defence just before Christmas.  One trial jury discharged and relisted.  Visit to Dubai to assess with psychiatrist colleague potential victim  of torture.  Attendance at HMP Wandsworth to assess detainee regarding extradition appeal. 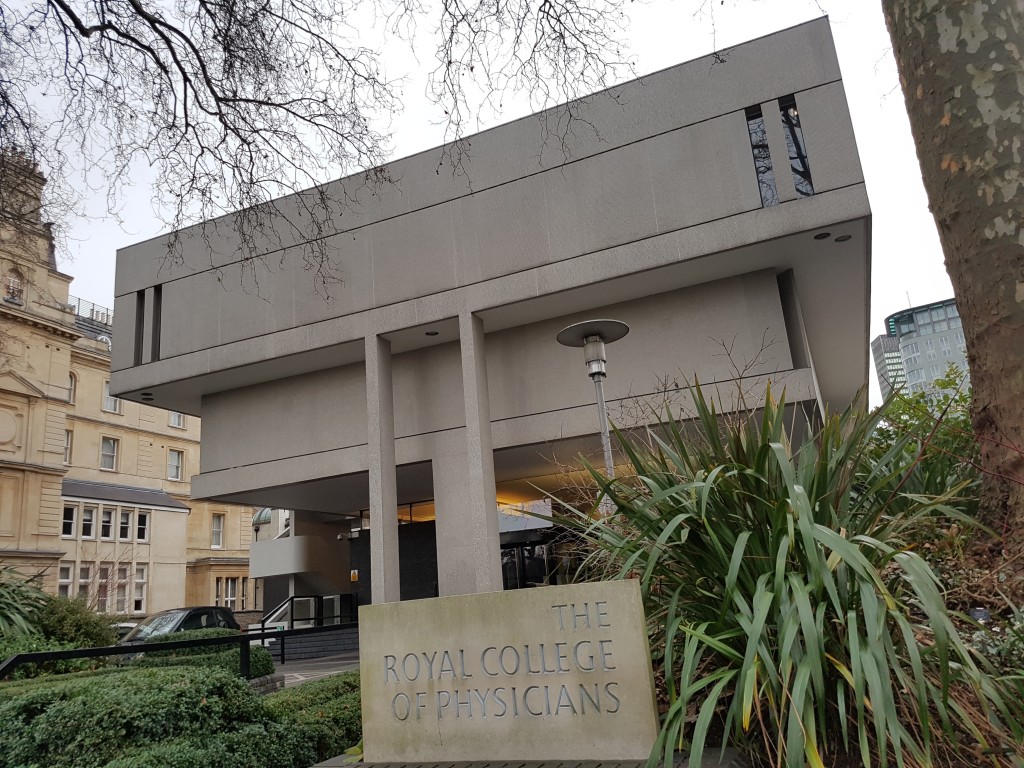 The Royal College of Physicians, London

Another FFLM Senior Officer – Vice-Presidents’ meeting  – a great way of ensuring entire team are up to date and fully engaged with FFLM aims and strategies.

Relatively quiet on the publishing front.  Working with Kieran Kennedy, Ruhy Patel and Peter Green on a study on complaints against healthcare professionals working in police custody, and am pleased that it’s now been accepted for publication in Medicine,  Science & the Law.   We are now looking at the outcomes recorded by the IPCC and coroners in relation to deaths in police custody.   At last am now dealing with final proofs of Monitoring Detention, Custody, Torture and Ill-treatment which should be published in mid-2017  after and elephant-like gestation.

Delighted that Professor Carol Seymour will be the next President of the FFLM. Many congratulations to Carol who has been a guiding light for the FFLM since its creation.

The Equality and Human Rights Commission have published an important report into deaths after release from detention from police and prison custody, which the FFLM welcomes but also emphasises that it is not possible to predict with certainty an individual’s risk of subsequent self-harm after release no matter how well-trained police and healthcare professionals are.

Very supportive of the Forensic Science Regulator’s (FSR) Annual Report in which the need for minimum standards of those responsible for taking forensic samples in Sexual Assault Referral Centres (SARC) is highlighted. The FFLM referred to this in a press release and this was also highlighted in Police Oracle. The FSR and FFLM have previously emphasised the need for minimum standards of training, experience and qualification for all healthcare professionals working in SARCs and police custody settings.

The  President of the Royal College of Physicians has recently written to the Prime Minister about the NHS crisis.  This letter has been co-signed by all  Members of RCP Council including myself as President of the FFLM. The letter reinforces that the NHS is underfunded, underdoctored and overstretched and received substantial media interest. We are at a stage now in my own area of work but across the spectrum of medical specialties that the quality of care, and patient safety is now directly impacted.  We have been saying this for some time about the vulnerable patients in our care but now that this affecting all groups of patients there seems at last to be some traction on this narrative, which the government is desperately trying to shut down. 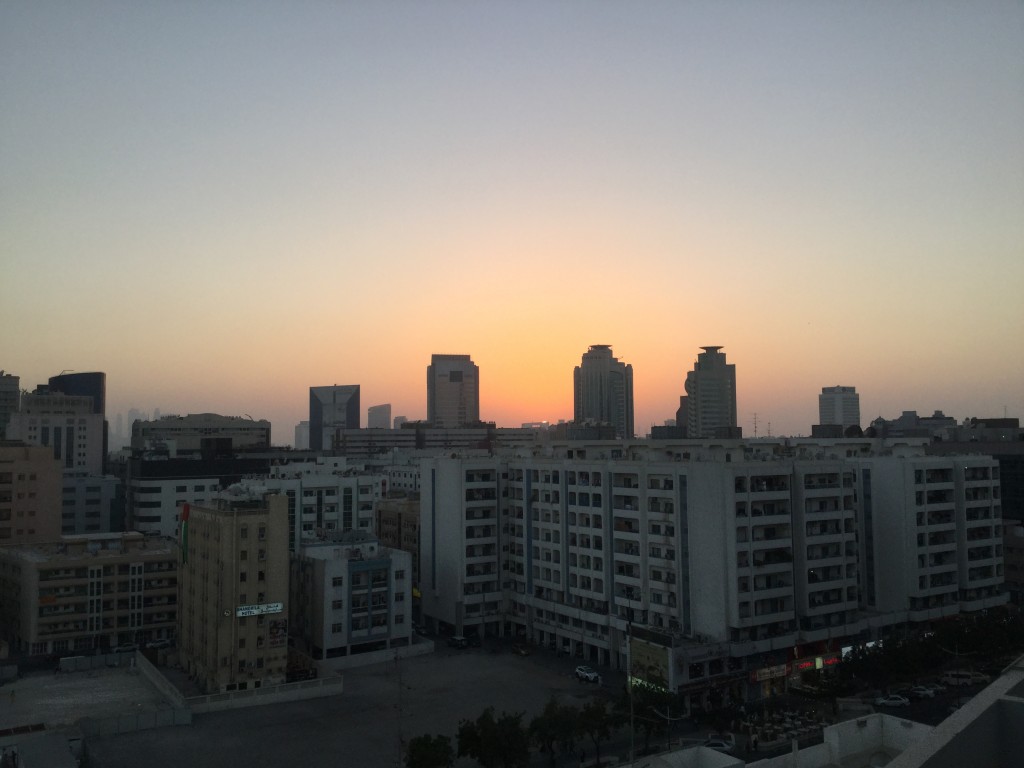 Sunset over Dubai, from the Al-Rigga Road

Couple of lectures for Diploma of Forensic Medical Sciences and MSc courses at Charterhouse Square. Enthusiastic students for popular topics.

Have just had an editorial published in Clinical Medicine entitled ‘Healthcare and forensic medical services in police custody – to degrade or to improve?’.  This explains current concerns about healthcare in police custody and the need to raise standards and to incorporate such care into the NHS.

Finally just to flag up the FFLM Annual Conference in Belfast from May 4th-6th 2017.  This will be a great event with a huge range of fantastic speakers.  The programme and booking details can be found here.