Preparing for oral presentation of  research on irritant/incapacitant spray (jointly with Home Office Centre for Applied Science & Technology and the Metropolitan Police Service) at the above (incorrectly named – should be Less-Lethal) meeting in Germany next week. This is the first prospective study of early effects.  Also Tony Fox presenting our joint study on the use of an adapted Naranjo algorithm to look at cause/effects of death/Taser.  Final study which will be presented as a  poster is our FOI study looking at inconsistency of data collection and release by police forces of all use of force data (including irritant spray and Taser) and general lack of analysable data appropriate for relative risk analysis.  This week attended the impressive Newcastle Sexual Assault Referral Centre to review a case.  Next week additionally giving evidence in an inquest of a restraint-associated death.  Images below of a classic baton strike tramline bruising; Westminster Magistrates Court as Michael Adebowale is returned to prison; and Primary Care and Public Health Conference at Birmingham NEC at which I spoke on Health Issues of Detainees in Police Custody in the Prison Health session. 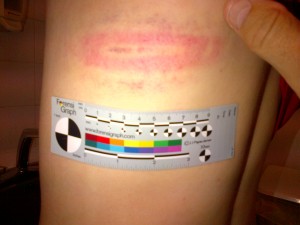 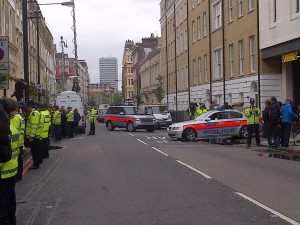 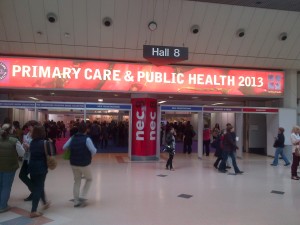