Photographic evidence in any case where injuries, scars or cutaneous marks are present can be crucial.  Such evidence provided in many cases is now of poor (often uninterpretable quality) and can seriously damage a case with the potential for miscarriages of justice. The increased availability of smartphones, tablets, and digital cameras mean that the nature of such evidence is variable and the effects of  ‘austerity’ means that (what are wrongly perceived as) non-key services such as professional photography and imaging are lost. To this end a number of groups are attempting to establish some standards, including the Faculty of Forensic & Legal Medicine  where a multi-professional group are exploring these issues.  Other groups – including a multi-national, multi-professional group which met in July in Brussels – are looking at other methods of utilising photography in areas such as torture.

I spent some time in Mombasa recently giving evidence at an inquest regarding a death in police custody in Diani.  This has been spread over a number of months and at the heart of concern in this case is the disputed cause of death.  The issues in Kenya are in many respects the same as those in the UK,  in that the cause of death has been questioned, the independence of the police oversight organisation is challenged and the quality of evidence has been scrutinised.  The inquest continues (because like England & Wales) the courts are under-funded, overworked and shambolically organised. Also spent sometime in Nairobi examining Kenyan nationals who had been involved in the so-called Mau Mau uprising.

Spent some time working on, and at last, completed my annual appraisal which is part of my professional requirements. Like others, I believe it is essential and relevant to professional standards,   but am equally sure that it does not necessarily identify poor practice.  It is another part of the regulated world in which we live,  but which may not raise standards.

Standards are key to clinical and professional practice.  The Faculty of Forensic & Legal Medicine (FFLM) and its clinical colleague partners – the United Kingdom Association of Forensic Nurses  and the College of Paramedics – believe strongly that those of us working with vulnerable people and patients (whether in police custody or sexual assault referral centres) should be required to have standards to work to and that our skills and competences should be tested, and that as the clinical practitioners in the field that we should set those standards.  It is perhaps surprising that these principles are not necessarily supported by those organisations tasked with providing those services and that the FFLM has recommended that the current planned transfer of such services intended to happen in April 2016 be delayed until the Home Secretary’s recently announced review of deaths in police custody has reported and made recommendations. The FFLM has also recommended that the review be expanded to include harm and healthcare in police custody.  The response will possibly give an impression as to whether the review is just politics or a real desire to identify and address the problems.

The new FFLM team is working hard to develop and promote these themes of protecting and caring for the most vulnerable,  most of which are not political votewinners.  It’s sad that it seems only when politicians or journalists are arrested that these things seem to become particularly close to their hearts.

The desire for knowledge in these areas has been made clear by the success of the series of 10 webinars on forensic medical issues organised by the FFLM.  I’d previously not presented a webinar but found it a very effective means of communication and feedback has been very positive.

Have been travelling to some university open days with youngest daughter.  All have been fascinating and have felt inspired to start studying again.

Looking forward to the launch in a few days time of the ‘Baker Street Irregulars’ (BSI), a newly established student society based at St George’s Medical School, University of London, which is dedicated to promoting awareness of, and career opportunities in forensic medicine and pathology.  One of the main aims as a society is to hold a series of talks throughout the forthcoming academic year focusing on different aspects of forensic medicine and pathology – myself and Professor Sue Black will be speaking on the inaugural evening. This particularly reinforced the cross-over between different forensic disciplines.

Have been involved in a number of cases recently including an assault case that resulted in manslaughter conviction where the victim died 10 months after the initial attack.  Medical evidence may be crucial in such cases, but it should also be remembered that even (relatively) minor injuries in apparently less serious cases  may be interpreted in a variety of ways which is why it is so crucial that proper forensic medical  assessment is required, together with appropriate quality imaging.

Very pleased to see that Forensic Healthcare Services Ltd has been  shortlisted for the Personal Injury Awards – MedicoLegal Provider of the year – in addition to the recent shortlisting for East of England, Newcomer SME of the Year finalist in The National Apprenticeship Awards.

Had a surprising enjoyable 40 year reunion with friends who started medical training at the (as was) London Hospital Medical College in 1975.  Thanks to Mike & Penny Rostron, Fiona Lewis and Paul Siggins for making the effort to cajole us all to travel to Swindon.

Delighted that the 2nd edition of the Encyclopedia of Forensic & Legal Medicine edited by Roger Byard and myself is now published – with 350 chapters and 3120 pages and 4 volumes it’s a relief to put that project to bed.  Recommended strongly as a good read over the Xmas period.  Every home should have one. As indeed should they have a ForensiGraph! 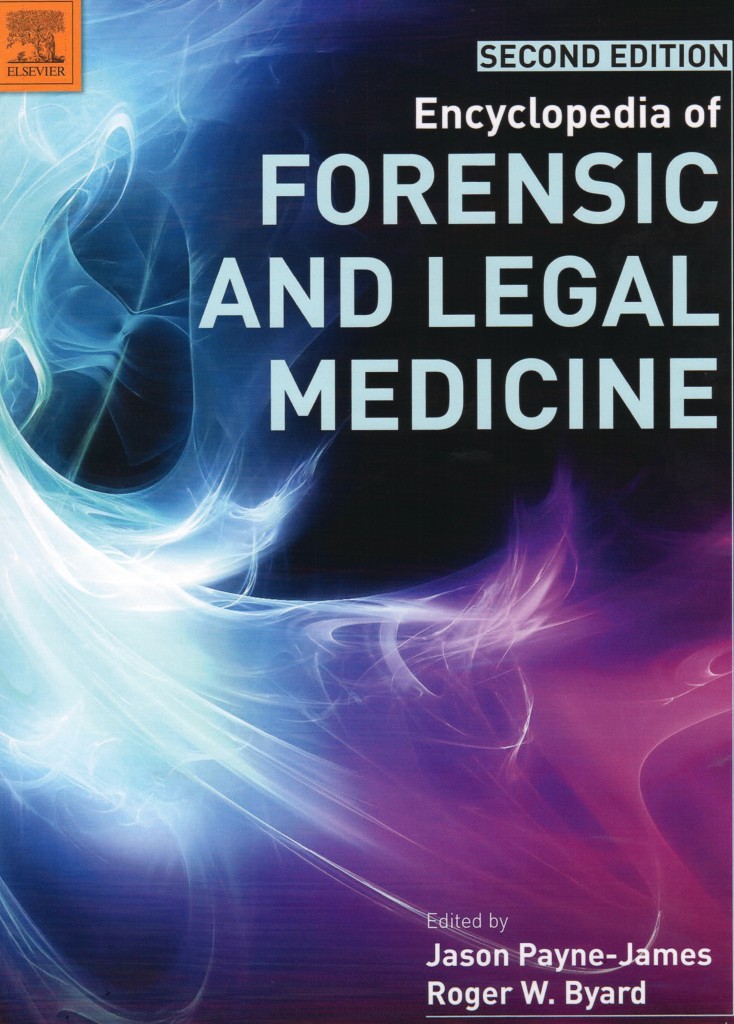